'Take What You Need, Give What You Can' | The Source Weekly - Bend, Oregon
Support local, independent journalism in Central Oregon! Become a Source Weekly Insider today.
Join now Support Us

Amid rising food insecurity due to the pandemic, one grassroots effort has gained momentum: free food refrigerators, or "freedges." In public spaces from New York to Los Angeles to Portland, these community fridges have sprung up, and soon Bend will join the club.

"We're helping fight food waste along with food insecurity," explained Carolyn Abernethy, 22, who launched the Bend Community Fridge project in January. The fridges, which function much like a tiny free library, are run by the motto, "Take what you need, give what you can." 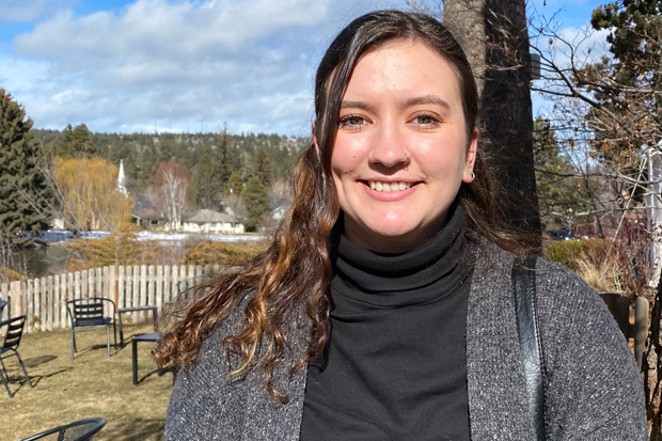 Hanna Merzbach
Carolyn Abernethy is spearheading the Bend Community Fridge project after being inspired by similar initiatives across the county.

The first Bend fridge will be located outside the Cosmic Depot in Bend. Community members have already helped fundraise and committed to donating a fridge and stocking it with fresh food. The fridge will be accompanied by a small pantry and shelter, though the details of when it will be ready for visitors are still being decided.

Abernethy wants the fridge to be open to everyone, no questions asked.

"It's not just for the homeless population," she said. "There's college students skipping meals and single parents trying to feed their kids."

Abernethy works at Cornerstone Valley, a Redmond group home for children and adults with intellectual and developmental disabilities. She was inspired to start her own community fridge when she saw them popping up across the country. There are now about 160 fridges across 28 states compared to about 12 fridges pre-pandemic, according to the database Freedge.

This grassroots effort comes at a time when the food insecurity crisis is dire. According to an analysis by Feeding America, by the end of 2020, one in six Americans, or 50 million, were projected to be food insecure, lacking financial resources for food at the household level.

In Oregon, this crisis may be even more widespread. A recent report from Oregon State University estimated that one in four Oregonians are struggling to put food on the table, and these rates are even higher for communities of color and single mothers.

Abernethy, who moved to Bend two years ago, is no stranger to food insecurity. She grew up less fortunate and often depended on nonprofits for food.

"I've seen how helpful it is personally," she said. "It'd be nice to return the favor." In search for potential fridge hosts to supply space and power for a fridge, Abernethy spent over a month reaching out to businesses to no avail. She was close to giving up when Cosmic Depot stepped forward.

"I love to use my business as a vehicle for social change," said Christy Nickey, owner of Cosmic Depot, who is excited to provoke dialogue around community health. 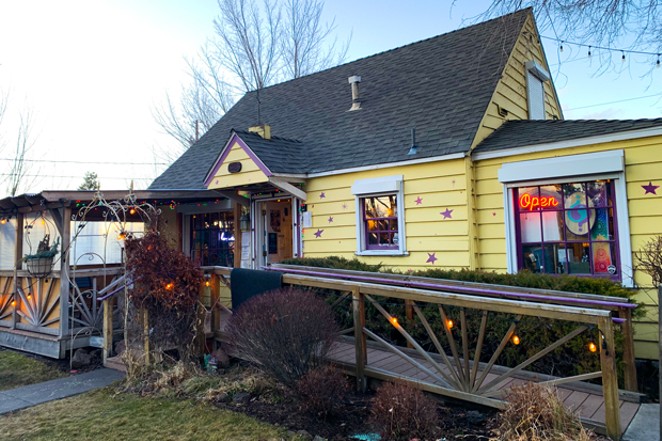 Courtesy of Cosmic Depot
Cosmic Depot will host the town's first community fridge outside its location in northeast Bend.

Other businesses were not as optimistic. Many didn't want to host because of the kinds of populations they thought it could draw to their business, Abernethy said. Others suggested focusing on building up existing organizations, rather than creating a new one.

"From my perspective, the best way for us to empower those experiencing food insecurity in our community is by building up the agencies that are doing the work already and have established themselves," said Renee Staley, executive director of The Giving Plate.

Abernethy didn't reach out to any of Bend's food assistance providers because she wants to focus more on the "mutual aid aspect" than the "charity aspect," she said. Mutual aid is all about building networks of people to help one another from the bottom-up, and these initiatives have exploded nationwide with the pandemic. Advocates argue that unlike food banks, community fridges are available 24/7 and are mostly anonymous. But others worry that this model may not be sustainable and may not follow proper health and safety protocols.

Abernethy said volunteers will routinely clean and restock the fridge and cited the Good Samaritan Food Donation Act as legal protection for food donors against liability—though this law technically only protects donors when they are giving to nonprofit organizations. Bend Community Fridge is not yet a nonprofit, though Abernethy said it's a possibility. 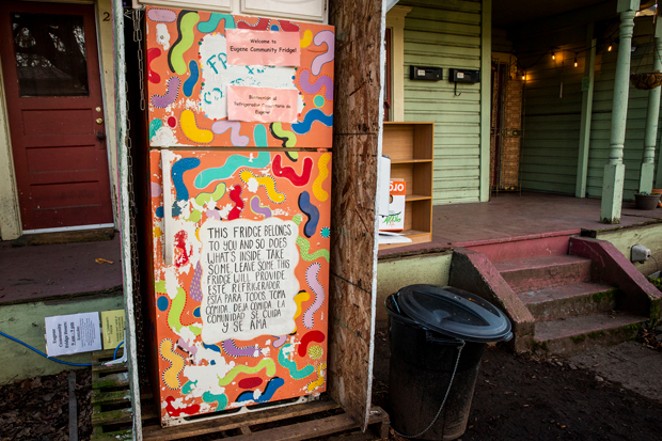 Both Family Kitchen and the Giving Plate, two free food staples in town, saw an increase in demand for meals throughout 2020. But it's difficult to estimate the current level of food insecurity in Bend, with many pop-up organizations now working on hunger along with established agencies, and an increase in SNAP Supplemental Nutrition Assistance Program benefits and food-bank assistance during the pandemic.

"It could be that we do have higher food insecurity, and yet that's been mitigated by a higher service level," said Chris Kramer, a pastor at Nativity Lutheran Church, one of Bend's food banks. Still, Abernethy hopes to fill any remaining gaps in addressing food insecurity and plans to ultimately have multiple fridges to meet needs across Bend. She is on the hunt for more businesses to host and volunteers to power the operation.

She noted, "Hopefully, after getting the first fridge up and running, more businesses will see that it's a successful project and be more willing to volunteer and offer their time and services."