The Stories We Don't Hear | The Source Weekly - Bend, Oregon
Support local and vocal journalism! Become a Source Insider to help get news and culture to Central Oregon.
Become a supporter Support Us

The Stories We Don't Hear

There's not a day that goes by that I don't realize my privilege being a cis white male writing about movies in an industry where most of the executives and filmmakers look like me—and even more of the critics look like me. My voice is not a marginalized one.

So whenever there's an event focused on the voices of women, BIPOC and any others that are marginalized by this system, I'm always very excited to talk about them, even though I know I'm not the most diverse choice to do so. 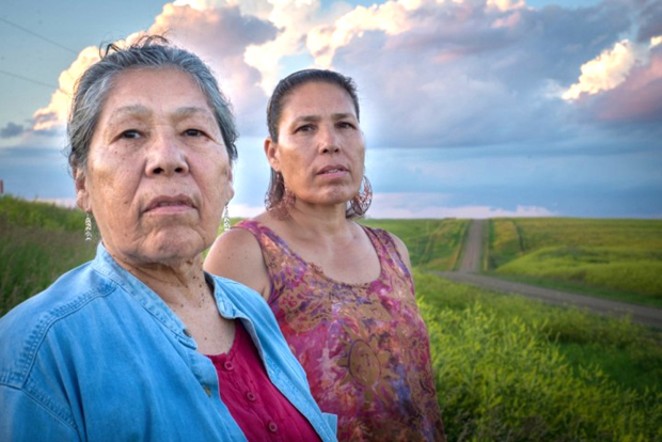 With that said, in celebration of Women's History Month, BendFilm, Scalehouse and World Muse are partnering to bring us the first annual Indie Womxn Film Festival, a four-day curated virtual event consisting of narrative films, documentaries, shorts, panels and much more, all focused on sharing women's stories. Indie Womxn Film Festival is guaranteed to inspire powerful conversations, new trains of thought and entirely new ways of viewing diversity and inclusivity in the film industry while inspiring new voices to be heard.

Along with the powerful Alfre Woodard film "Clemency" and the remarkable boating documentary "Maiden," the festival is also bringing back the 2020 BendFilm Festival Best in Show award winner, "Warrior Women," an absolutely astounding documentary about some of the indigenous women who fought for civil rights in the 1970s. One of the directors of the film, Dr. Elizabeth Castle, will be part of a panel discussion with Madonna Thunderhawk and Pixie Lighthorse, two of the film's subjects.

Castle explains how she became involved with "Warrior Women."

"In 1998, I met my first 'warrior woman' when I was interviewing Native women activists in the Red Power Movement for my doctoral dissertation. I had a standard-definition crappy DV video camera, I was on my own and I sat down to ask these women 'their stories,' and each oral history changed me just a little more."

Stories like these are in danger of going away forever when we don't give their authors a chance to share their voices. "These stories were so much bigger than me or any kind of research or analysis I might do and that they had to reach the world and change it in the same way the stories changed me," explains Castle. "Our film is the tip of the iceberg in a larger collaboration of non-extractive, community-based relationships and activism working toward a shift towards a matriarchal worldview."

The main program of the festival is the "No Man's Land" Film Series, with a post-film discussion with U.S. Ski Team athlete Laurenne Ross. The "No Man's Land" main program is a woman-focused outdoor adventure and activism compilation of shorts that features climbing, ultra-racing, biking, skiing and just about every other outdoor activity known to woman.

Alexis Martin, a local BIPOC outdoorswoman and photographer, will be one of the people featured on the panel for the "No Man's Land" Film Series.

"Being a BIPOC photographer and outdoorswoman right now during this time is EXHAUSTING," says Martin. "It's overwhelming, exciting and sad all at the same time. The world is assuming we are using our color or gender as a way to amplify nonsense and it's quite the opposite and just ignorant for anybody to say. We are getting recognized so much after this past year and because of the Black Lives Matter movement."

There are so many misconceptions about BIPOC adventurers that it's genuinely frustrating, she said. "Let's get this straight," said Martin, "we have always been out there climbing, snowboarding, skiing, surfing, and whatever outdoors and taking photos, the recognition just wasn't there because of how we look. Doing so in the area I'm in is intimidating. Just because of history and the present. The guard is always up and it's sad it has to be. I don't let it stop me though, I enjoy the outdoors as much if not more. The way I look should not matter. But yet, here we are."

Indie Womxn Film Festival 2021 will be the first of many, celebrating the art, ideas and voices of womxn that have been left marginalized for far too long. While the festival is virtual this year, it will still inspire discussions between families, friends and absolute strangers, celebrating diverse female voices from the safety and comfort of their own homes.