If you're a juicer, you're more than likely already familiar with Mother's Juice Café on Galveston and the two other convenient locations, including a kitchen in downtown Bend and a location on the east side. The downtown location boasts the largest selection of entrees and a full bar.

But as delicious as the breakfast items and sandwiches are, the juices and smoothies are where Mother's really shines. All three locations have an ample smoothie and cold-pressed juice menu. So. Many. Delicious. Drinks — not enough days in the week!

Delicious smoothies include the Happy Hippie (strawberry, banana, hemp protein, goji berries and hemp milk) and the Cashew Bliss (cashew, mango, banana, maple syrup, chai spice, turmeric, ginger and coconut milk). Really, anything with hemp milk or ginger? Sold. Ginger is a miracle worker for an upset stomach, you guys. If you're new to raw juices, I'd steer clear of the wheat grass shots for now (it can be a little hard on an empty stomach, especially if you don't know what to expect) and go for the Jumpstart. It has a nice healthy blend of veggie juices, but it's cut with fresh orange juice and ginger for a sweet touch that'll wake you up, without the caffeine jitters you get from coffee.

Mike Sackin, who owns and operates the three Mother's locations with his wife, Janet, says he's grateful for their customers who have supported their health food restaurants over the years. 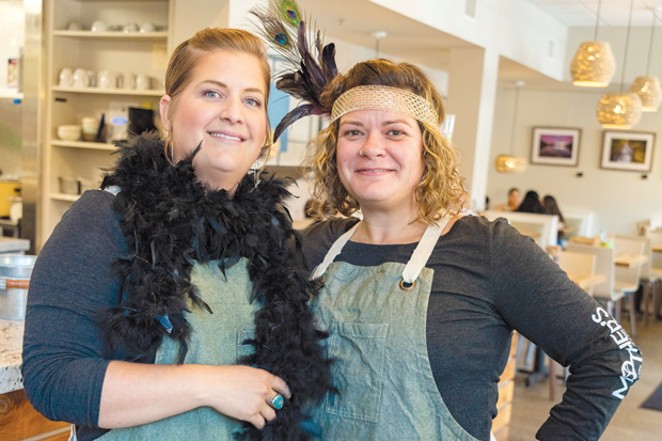 "I want to thank everyone for being patrons for the past 20 years," says Mother's co-owner Mike Sackin. "And I'm really happy about seeing all the localism here in Bend—Mother's is just excited to be a part of this community and its growth."