Best Specialty Cocktail 2018 | Blue Velvet, Velvet | Drink | Bend
The Source Weekly reporting is made possible by the power of your support! Become an Insider.
Join now Support Us

Velvet, the double decker lounge on Wall Street, serves up plenty of good, good, good—good libations, but none better this year than the winner of the best specialty cocktail, the Blue Velvet.

The Blue Velvet is made with house-infused blueberry vodka, house-made lemonade, Yerba Mate and infused Oregon blueberries. It's served in Velvet's traditional mason jar over ice—as refreshing as a dip in the Deschutes when it's 100 degrees out. The combination of lemonade, blueberries and the Yerba Mate are like hitting the lemonade stand when you were a kid, only now you get the relaxation properties of vodka.

For those who don't know what Yerba Mate is, it's a leaf from the South American rainforest holly tree, sometimes made into tea, without about the same energy boost as coffee. Velvet also uses Yerba Mate for its Hibiscus Mate Sour, Oregonic and Mojito la Argentina.

There are plenty of other options at Velvet, such as Prohibition-era intoxicants, local favorites including the kombucha knock back and standard well drinks. But if you're new to Velvet, I suggest giving the Blue Velvet a try.

Best Spot for a Night Out with the Crew 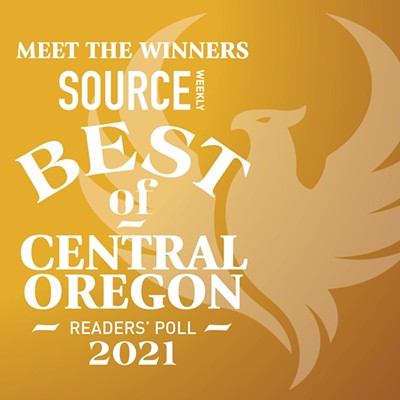 Best Spot for a Night Out with the Crew