In an outdoors community awash in a sea of bike shops, gear stores and big-box options, what compels readers to vote one particular place Best Bike Shop, year after year?

This particular bike shop's wins in Best of Central Oregon go back as long as the Source has been doing the contest, taking second just once, to fellow longtimer Sunnyside Sports. Opening as a satellite of the Eugene-area Hutch's in 1981, owner Jim Lewis and his wife, Susan, eventually bought the business from Bill and Nancy Hutchinson. Today, the three east-Cascades Hutch's—including the original 3rd Street location as well as the west side and Redmond locations—pride themselves on taking good care of customers. 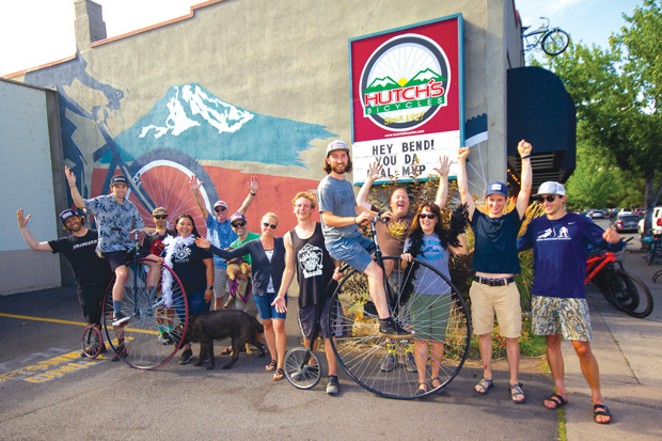 As Lewis says, Hutch's is there not to sell people bikes, but to help them buy a bike; a distinction that showcases the shops' philosophy about their relationship to customers.

"I think honestly, we just try to do right by the customers, and do the best thing for them," said Petie Thom, general manager of the three stores.

In this outdoors-focused community, Lewis isn't interested in only catering to elite athletes or to those already indoctrinated into bike culture, either.

"There are a lot of different reasons to ride bikes, at a lot of different ages," said Lewis. "I used to be a racer, but I've never been one of those people that has thought, 'well if you're not a racer I really don't want to talk to you.' If you're interested in cycling, I want to have a visit. Everybody comes to the table with a different need for a bicycle."

Previous: Best Health and Rec Facility
Next: Best Ski and Board Shop