What's Cookin' In Sunriver? | The Source Weekly - Bend, Oregon
Support local and vocal journalism! Become a Source Insider to help get news and culture to Central Oregon.
Become a supporter Support Us

Already home to numerous bars, breweries and restaurants, Sunriver has no shortage of options when it comes to settling on a place to dine out. According to Lauren Copelan, however, the quaint town is missing something—and she's fully prepared to bridge the gap.

"There aren't really any late-night restaurants," Copelan said in an interview with the Source. "There's nowhere for restaurant employees to grab a nice meal and a beer after a long shift. So our restaurant, The Fold, is going to cater to those needs. We'll be open from 11am to midnight seven days a week." 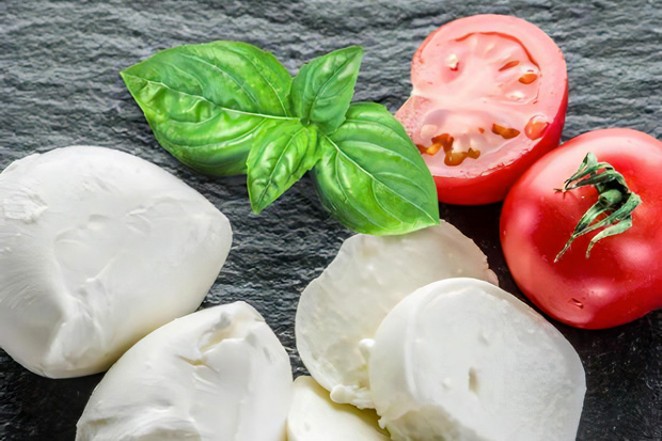 Courtesy The Fold
The Fold will feature as many locally sourced, organic ingredients as possible.

The Fold, a farm-to-table, scratch kitchen pizza restaurant, is taking over the space that Ponderosa Pizza inhabited until three years ago. "The building came with two giant pizza ovens," Copelan explained. "Our concept is upscale pizza, highlighting these ovens and utilizing locally sourced produce and the abundance of incredible seafood that the Pacific Northwest has to offer." Copelan plans a full bar with local wine, craft beer and cocktails. The restaurant will be upscale and family-friendly, with a nice big patio and outdoor dining area. With late night to-go and delivery options being a big need in the community, Copelan aims to also fill that role.

Copelan and her twin sister, Lisa Cassity, are no strangers to the food service industry. "We own two restaurants and a bar in California," she explained. "Our restaurants are very farm-to-table style, and we source as much local and organic produce and meat as possible. We've been operating those for seven years. Both my sister and I have been in the restaurant industry for over 20 years, doing everything from scrubbing toilets and hostessing to managing staff members and running the business side of things. Opening a restaurant was always a pipe dream of ours."

Copelan noted that moving to Central Oregon had long been a dream of her and her husband's. "My family has had a home in Bend since the '80s," she said. "When this opportunity came up in Sunriver we jumped on it. We found the property in February, did a full walk-through in July and decided to move forward. October 1 was our official move-in date, and we're now in the demolition and construction phase. We're giving the entire building a facelift."

Copelan added that while COVID-related guidelines had not negatively affected the process so far, the risk involved in opening a restaurant in the midst of a pandemic certainly looms. "Opening a restaurant right now is a little bit scary," she said. "Things aren't business as usual. Seasonal events that bring in large crowds, like the Tree Lighting Ceremony, won't be happening. I'm curious to see whether or not there will be as much of a pull. But our goal is to be viewed as a year-round restaurant and a staple of the community. Things are definitely uncertain, so it's important to stay flexible and be able to pivot on a day-to-day basis. You just do what you gotta do."

The Fold is slated to open during Thanksgiving week.

Cayla graduated from UCLA with a degree in playwriting, soon after realizing that playwriting is not a viable career option. Fortunately, this led her to journalism, and she is thrilled to be part of such a unique and fun-loving team. Upcoming local events? Send them her way!
Read More about Cayla Clark