Listen: Buddhism in an Age of Societal Decline with Michael Scott Stevens 🎧 | The Source Weekly - Bend, Oregon
The Source Weekly reporting is made possible by the power of your support! Become an Insider.
Join now Support Us

Listen: Buddhism in an Age of Societal Decline with Michael Scott Stevens 🎧

By Laurel Brauns and Aaron Switzer

For this week’s episode of “Bend Don’t Break” we talk with Michael Scott Stevens, a Buddhism teacher and founder of the Natural Mind Dharma Center.

Michael Stevens
When Stevens opened the center in 1996, Bend was a one-brewery ski town. Today, there’s a yoga studio on every corner and a growing community of spiritual seekers that regularly gather to engage with Eastern religions and philosophy. With the rise of Zoom and social distancing due to the COVID-19 pandemic, Stevens now leads Sadhanas (or meditation groups) online for people in Central Oregon and those who live in other areas up and down the West Coast. Stevens told the Source he was initially very resistant to the technology as the some of the energetic aspects of the group practice are lost, but Zoom has also helped grow the community.

During this conversation, Stevens talks about the spiritual aspects of political divisions and environmental degradation, and the symbolism of the pandemic. He also shares his expertise on quantum mechanics and the ways in which meditation increases brain health and neuroplasticity. Finally, we learn about Stevens’ work in end-of-life and hospice care and how it relates to his spiritual path.

Stevens has a degree in Comparative Religions and also did some graduate work in theology and clinical psychology. He has taught a course on Buddhism through Central Oregon Community College’s Continuing Education department for the last 20 years, and he is often brought in as a guest lecturer on Buddhism for Bend and Redmond High Schools when they teach world religions. Learn more about his offerings at the Natural Mind Dharma Center on Century Drive in Bend.

“Bend Don’t Break” is hosted by the Source Weekly’s publisher Aaron Switzer and co-hosted by Laurel Brauns. Every week, we feature a guest from the community with a new perspective on living through the COVID-19 pandemic including mental health professionals, economists, educators, artists, business people, local leaders and historians. 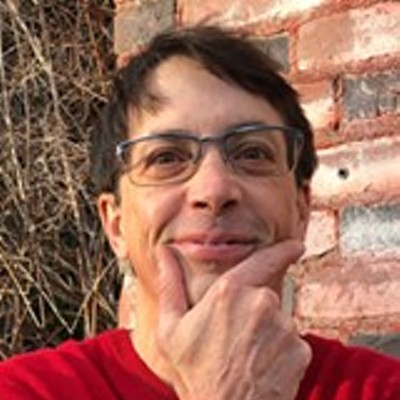 Aaron Switzer is the founder and publisher of the Source. He remains fascinated with the art of communication even after being marinated in it for the past 30 years. He has many favorites but they pale in comparison to mountain biking on the middle fork of the Willamette with any family member who will go. Believes...