Endorsement for the Democratic Primary for Congressional District 5: Jamie McLeod-Skinner

By The Source Editorial Board 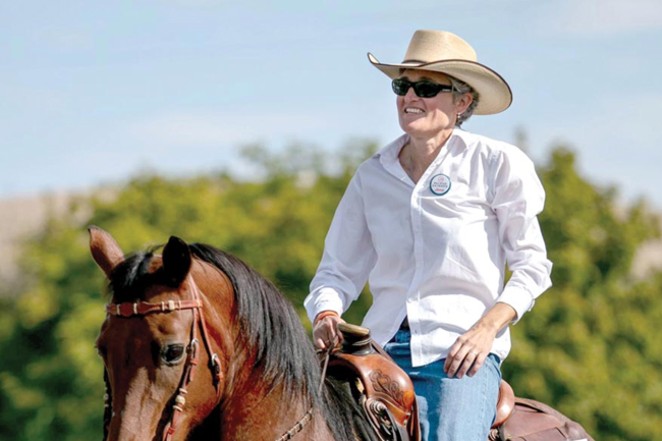 When the last census finished and it was clear that Oregon's rapid growth had earned it another congressional seat, there was a great deal of excitement about the possibility that Bend might get greater attention from a new smaller district. When the redistricting settled, our enthusiasm waned. Our new "community of interest" stretched from Clackamas County to Sunriver and has the potential to lead to absentee governing from a Willamette Valley rep too indifferent to show up in Central Oregon. Kurt Schrader is this nightmare come to life.

Even with the advent of Zoom endorsements and debates, Schrader cannot be bothered with the primary. He went so far as to turn down time in front of the City Club of Central Oregon and the League of Women Voters, relying on mail bombardment as a brand-building technique. If Schrader is not interested in women voters in this day and age, we're not sure where his priorities lie.

Thankfully voters have a thoughtful and passionate candidate who currently resides in Central Oregon and is passionate about representing the district—the whole district. One of the qualities that strikes anyone fortunate enough to spend time discussing the issues with McLeod-Skinner is her voluminous understanding of the concerns facing constituents. We were impressed with her willingness to stand up against the uneven pressure large pharmaceutical companies are exerting on the health care system, her personal involvement in environmental issues—particularly wildfire prevention and recovery, and support for rental assistance.

In addition, she has remained steadfast in not accepting PAC money in efforts to get elected, which in this day and age seems like a minor miracle. But for this editorial board, her greatest strength is her humble roots, diverse background and ability to connect with rural voters. In an age when bridging the urban-rural political divide feels like an insurmountable task, McLeod-Skinner's past campaign in the old CD2 proves she can do just that. Her campaign gives hope to the notion that a single candidate can represent, and perhaps even unite, a district as diverse and large as the new CD5. Jamie McLeod-Skinner deserves your vote.

The "Shoes" Protest Was About Something Not Happening in Bend. Is It a Frontload to a Bigger Fight?

Parking Pains are Only Beginning. Survey All Residents About How to Proceed with Old Bend Program

More by The Source Editorial Board