They Shoot Horror Films, Don't They?

Now, don't get me wrong, there have been a few quality horror films that were released so far in 2022, but this has also been one of the worst years for horror movies I've ever lived through. Even the best horror flicks of the year still lose steam in their third acts or fall apart in myriad other ways. 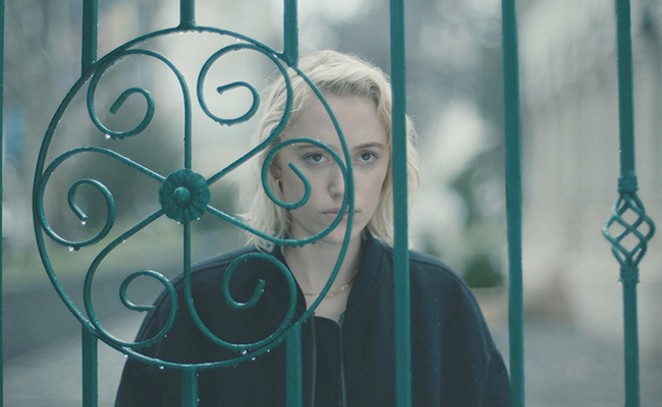 Creeping up on Halloween, I've been watching a ton of new-release spookies that I've never seen before, with extremely mixed results. Some have been so terrifically terrible that they were hilarious, while a few others were pretty solid if unmemorable, but there have only been one or two stone-cold classics so far this year. I miss the years where it felt like one stone-cold classic after another was being released, or maybe I just miss the time when nostalgia made it feel that way. Listed below are a small number of the horror flicks I watched over the last few weeks that were either interesting, terrible or some combination of the two. I hope reading about it is less painful than living through it (it won't be).

"Halloween Ends" (2022) If humanity contains multitudes, then director David Gordon Green let all of them direct the third and final entry in his new "Halloween" trilogy, which continues directly off of John Carpenter's 1978 original. I can't fault "Ends" for genuinely trying something different when it comes to how it wraps everything up, but just having ambitions for elevating a movie doesn't mean it works. Barely coherent. Regal Old Mill

"Smile" (2022) This super-disturbing spook-a-blast basically rips off the rules of evil behind "The Ring" and "It Follows," but does so in such bravura fashion that this ends up being one of the creepiest horror films of the year. Worth seeing on the big screen just for the sound design alone. Regal Old Mill

"Barbarian:" (2022) A genuinely bonkers flick reminiscent of "The People Under the Stairs," but even more unpredictable and insane. Go into this knowing as little as possible and have your mind blown over and over. A weak ending doesn't derail the enjoyment, even as it does fail to capture the highs of the first two acts. Regal Old Mill

"Terrifier 2:" (2022) Watched 10 minutes of this, heard someone dry heave behind me (this movie apparently made people faint across the country) and then I got up and went to a friend's burlesque show instead. I'll watch this one at home when I don't have to hear people lose their dinner. VOD

"They/Them:" (2022) Sets back queer horror movies by at least a decade. Horrible. How the hell do you waste Kevin Bacon?? PEACOCK

"Dashcam:" (2022) Ugh. What if an anti-vax/anti-mask, freestyle rapping white lady left America because she doesn't believe in COVID, goes to London to visit a friend and ends up dealing with a demon or a witch, I won't spoil which. The main character is extremely annoying and unlikable (and is a terrible rapper), so it's really hard to spend two hours with her in what is otherwise a pretty original and frightening horror movie. Your political leanings will probably help decide whether you can sit through this. HULU

"Watcher:" (2022) What if "Rear Window" was way scarier and focused on the danger inherent in being a woman being oppressed by the male gaze? Made it deep under my skin. AMC+

"We're All Going to The World's Fair:" (2022) Star Anna Cobb gives the best performance I've seen this year in a simple and low-budget look at a young woman playing an Alternate Reality Game and slowly losing her mind. Maybe. Or else the world is losing her. A new cult classic. HBOMax

"Werewolf By Night:" (2022) I don't care if you don't like Marvel, this is the best thing they've ever done. Gael Garcia Bernal OWNS this. Disney+

"Pearl:" (2022) What if John Waters directed "The Wizard of Oz" but with axe murders? Lovely. Tin Pan Theater

There are other great horror films to talk about, including Jordan Peele's "Nope" and Alex Garland's "Men," but I did full reviews of those earlier in the year and don't want to cover the same ground. If you're a fan of horror movies, then you're in luck because more of them being made than ever before, but so many lack that classic vibe. Let us know why you think that is and what some of your favorite horror flicks of the year have been!