Preserving the Future | The Source Weekly - Bend, Oregon
Support local and vocal journalism! Become a Source Insider to help get news and culture to Central Oregon.
Become a supporter Support Us

Brad Chalfant moved to Central Oregon for the same reasons many young, outdoor enthusiasts do—to be a ski bum. And, for the past two decades, he has been trying to preserve the natural charms that first attracted him here—not to mention, actually expanding the number and acreage of such areas.

When Chalfant first moved to Bend, he was one year out of Lewis & Clark Law School. He eventually took a job with Deschutes County, but as a think-outside-the-box type of guy, he saw that there was more conservation work that could be done.

"A small group of folks at various agencies were frustrated," he explains. "We saw things not being protected."

They formed the Deschutes Land Trust, a nonprofit agency that tries to reclaim land for the public by purchasing privately-held farms and homes. It is a noble effort, and early this summer, the organization rolled out an ambitious plan to fully reclaim and restore Whychus Creek, a cold water tributary that runs northeast from Sisters into the Deschutes River. Just several weeks into the campaign, they have already raised nearly one-third of the necessary $15 million.

"Either we protect it now, or its gone," says Chalfant, who has served as the executive director for nearly 20 years. "People don't move here generally because of the great social services provided," he adds, explaining his organization's particular place in the group of regional nonprofits. "They move here because of the quality of life."

"We damn well better protect the goose that lays the golden egg," he concludes. 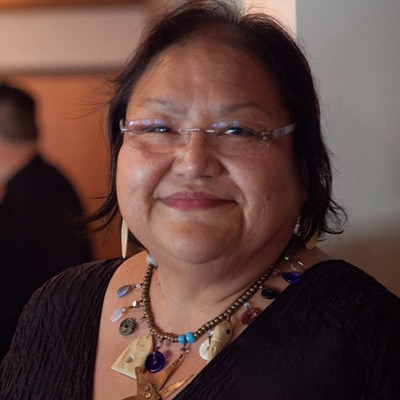 More from Give Guide