The Source Weekly’s reporting is made possible by the power of your support. Be a part of it!

Switch to the mobile version of this page.

Both a writer and a fan of vinyl records since age 5, it wasn't until nearly three decades later that Oregon Native Ethan Maffey derived a plan to marry the two passions by writing about music. From blogging on MySpace in 2007 and then Blogspot, to launching his own website, 83Music, and eventually freelancing for publications in the Pacific Northwest, like Spokane’s alt-weekly Inlander, Ethan’s aim has been to provide fans of music alternatives to the mundane and overplayed. This included a nearly two year stint as the music editor for the Source, where he scoured the Bend music scene drawing attention to local talent and notable touring acts as they passed through town. In addition to deep knowledge of the local music scene, Ethan has an uncanny ability to quote lines from the television show “Friends.” He also has an eye for women’s fashion and feels a kinship with Lucky Day, Steve Martin’s character in ¡Three Amigos!
/ethos83
@ethos83
ethan@eightythreemusic.com
eightythreemusic.com/ethos

Popularity: Most Viewed Most Commented On Most Shared

Live Music PSA Part Two Helping you navigate the world of live music both in Bend and beyond November 15, 2012 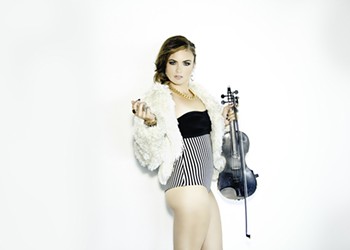 The Neighborhoods of Central Oregon