Deschutes National Forest Supervisor John Allen is retiring. We sat down with him during his last week to talk fires, permits and more

Allen said he started as a summer seasonal employee when he was in college at the University of California, Berkeley. After getting his degree in forest management, Allen said he worked for the Forest Service his entire career, nearly all of it in Oregon. He said he started in 1978 in the small town of Bly, in Klamath County. 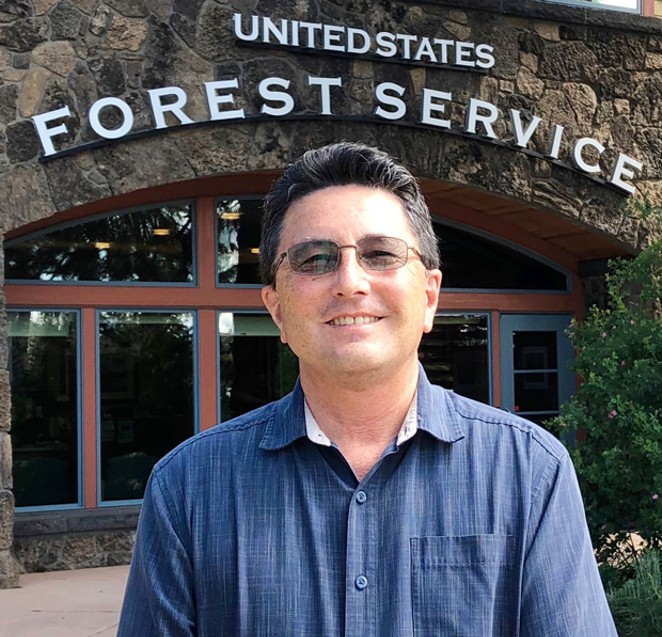 On his second-to-last day on the job, the Source Weekly sat down with Allen to ask about two hot topics for the Forest Service: Wildfires, and the new trail permitting system.

Source Weekly: How have fire seasons changed over the years and what do you think will happen in the future?

John Allen: The term I think that's becoming more prevalent is we're starting to call it a "fire year," because some of our firefighters are gone to fires all over the country starting in the spring and gone well into November and December. They do a lot of pretty intensive training in the winter, so as an agency we're starting to look at it as a fire year. But as far as the summer coming up, we've had a really wet spring here on the east side of the Cascades and the grass is taller than normal, and when it does cure out, it will really depend on how much lightning we get, but certainly the small fuels and the fine fuels that dry out quick, they'll be ready to burn here in the coming weeks. I think the Forest Service has done a pretty good job of breaking up the fuel landscape with active management here in the last 10 to 12 years.

Not everybody agrees with this decision, but we've gotten pretty broad support for the Forest Service to do something about degradation in the wilderness and I think we're doing a good job of following our mandate from Congress. —John Allen

SW: What do you see happening with the Central Cascades Wilderness Strategies Project, aka the new trail permit system?

JA: The next step is, we've issued the decision for the permit system, and 19 of the 79 trailheads are going to have limited day use permits, and you'll be able to get your permits reserved online and we'll have some same-day or day-before permits for spontaneous people who can't plan, or they show up from Ohio and they don't know we have a permit system.

SW: What do you think the biggest challenge will be for the new permit system?

JA: There's no simple solution, no silver bullet. It's a mixture of things, it's user education, it's having more presence out in the wilderness. The Deschutes National Forest is one of the largest wilderness ranger programs in the country. But we know how to meet our responsibilities and we're going to have to ramp that up a little bit, and we're going to do that in the coming years. Education is always our first choice before enforcement, and we're going to do our best to get visitors and the Central Oregon community understanding our wilderness objective out there.

SW: What can people do if they see bad behavior on the trails or in the wilderness?

JA: They can call any of our offices. We will have trailhead volunteers at many of the busy trailheads on weekends. A lot of the needs out there is when citizens make us aware of something. We can't be everywhere. We need help and we're not shy about it.

At the end of our interview, Allen said he's most pleased with how the Deschutes National Forest has engaged with the people and communities of Central Oregon during his time at the Forest Service. He said he would have liked to have done more prescribed burning during his tenure, but thinks the Forest Service is on the right path.

Allen said he and his wife plan on taking some fishing trips and traveling abroad now that they're both retired. But, he wanted to give one last shout out to the people of Central Oregon.

"We can't get done what we get done on our public lands without their support and understanding, and help," Allen said. "So thank you, Central Oregon."

Too Hot To Handle