Curbside Composting Expansion? | The Source Weekly - Bend, Oregon
Our journalism makes a difference, and so can you. Become an Insider and support The Source Weekly!
Find out how Support Us

In 2017, 181,000 tons of waste went into Knott Landfill—a 39 percent increase since 2014. While population growth and an increase in construction in Deschutes County are two factors contributing to this increase, the County expects the waste generation to increase at a rate in proportion with population growth in the future. Deschutes County's current recovery rate—the portion of waste not headed to the landfill—is 33 percent. The new goal is to recover 45 percent by the year 2025. 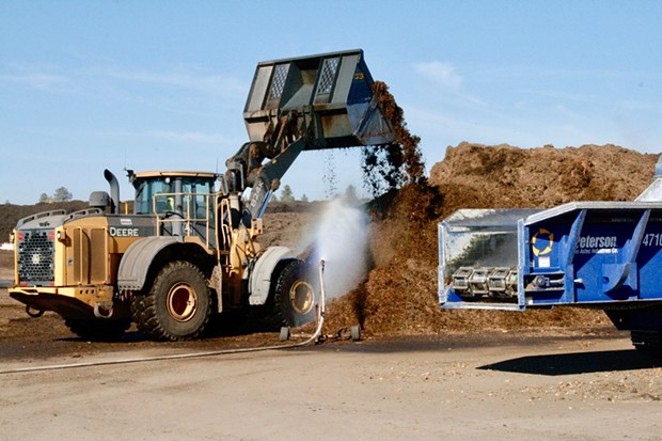 Chris Miller
An employee stirs the pile of compost at the Knott Landfill in Bend.

Right now, curbside composting of residential food waste is available in the cities of Bend, Redmond and Sisters—but not the wider county. But in the (somewhat) near future, those living in the wider county could see curbside composting come to them. The Deschutes County Solid Waste Advisory Committee has been working on a Solid Waste Management Plan for the past year and is expected to present a final draft of the plan to the Deschutes County Board of Commissioners in May.

To help achieve the new recovery rate goal, the Deschutes County Solid Waste Advisory Committee has recommended expanding its compost program to the rest of the county. In Bend and Redmond, people can add their vegetative food waste to their yard bins, which are available for a subscription fee. In Sisters, people automatically receive yard bins with their garbage service.

If the Bend pilot program proves successful, implementation isn't scheduled to begin until 2022 for the rest of Deschutes County, according to the latest SWMP dated April 10. In addition, managers would need to reassess the current composting operation at Knott Landfill to see if they need to upgrade the facility to handle the additional compost.

"That'll take dollars and some time, so full roll out may be delayed simply by the compost operation, not necessarily how the pilot project went," said Timm Schimke, director of waste management in Deschutes County. "The compost facility is fairly close to residents, and we were really concerned about making sure we don't have an odor problem. That could be very significant improvement that would be needed."

The advisory committee has put forth a few options for expanding upon the current compost facility at Knott Landfill, including recommending doing a study to evaluate alternative composting systems and research other possible locations for a new composting facility. This evaluation period would take place from mid-2020 through mid-2021.

While a final draft of the SWMP has yet to be presented to the Board of County Commissioners, Schimke hopes jurisdictions will begin to implement the committee's recommendations as soon as they are adopted.

"We want to encourage jurisdictions to expand," said Schimke. "So, for the county, that would be offering that curbside collection of 'organic,' I'll call it. We don't do that anywhere in the county now, so we'll probably consider doing that. In the city, it's on a subscription basis and they'll probably be considering whether to make that a base part of everybody's service."

The plan is still in review, and Schimke said they may collect public input on the plan recommendations before the Deschutes County Board of Commissioners takes action. The next Solid Waste Advisory Committee Meeting is April 23. 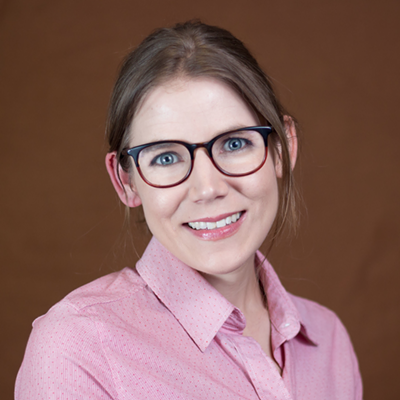 Wasted in Bend: Clothing in the Landfill