In honor of the Summer Events issue, here's how to look like you're doing Bend things, without actually doing them

Alright #YOLO, we get it—living in Bend is exhausting. It's like a choose-your-own-adventure Ironman spiked with craft sours at every hour. With a deceiving plethora of sunshine, meaning you can do the rock/lake/mountain biking/skiing/hiking/running/tubing all in one day, we know it's tough to be cool and do all them thangs.

If you rose at 4 am to hike up South Sister while carrying skis on your back and a bottle of champers, this one isn't for you.

For the rest of us—including the slacker whose editor said this piece was "perfect for her," and who's exhausted just from writing this list—here's your guide to looking like you're doing Bend things, without actually doing them.
#Bendlyfe #blessed

Now drink and be merry, while inserting casual biking jargon for authenticity and speaking ever-so-loudly about that epic sunrise paddle sesh you did this morning... "What? You didn't see that killer sunrise this morning, bro?"

Snatch a bouldering mat for an epic afternoon climbing sesh with the crowds at Farewell Bend. Or better yet, grab an air mattress (or the aforementioned unicorn floatie) and simply snooze while other super-stoked folks hit higher life-achievement levels. Wake every 20 minutes to yell obscenities. "Aww, Jimmy, how could you have missed that (insert climbing lingo)" followed by, "Sweet, dudes... but when are we going to the D & D?"

Hang ten at the Whitewater Park

Borrow a wetsuit, carefully walk out to the middle island, perch yo'self casually and then make occasional commentary about how, "That board looks too short," or "I mean, it's cool to have a surf wave in the desert, but this has nothing on that one time I got totally barreled in Hawaii." Increase commentary levels until they become full-on boisterous and obscene.

When others eventually piece together that you don't actually have a surfboard, commandeer a small child's floatie and ride your way through tubing heaven into glorious freedom. Suckas.

Though technically you're playing into the Bend thing... turn it up a notch by taking that thing onto some mountain biking trails. Laugh gleefully until the battery runs out.

...Because it's super fun to watch security guards be totally helpless while you're perched in the middle of 2 feet of water. Fill insulated growlers with some adult beverages and then complain that you're freezing cold because the sun just went down, you're wet and it's 40 degrees cooler now. But hey, you didn't pay for that $60 ticket. You also didn't see the act either. Total slacker move.

Pick up your pooch's poop on the trail...

Bag it, then just casually leave it next to an S curve, because hey, it's not your fault the Deschutes National Forest didn't install trash bins in the middle of Phil's. 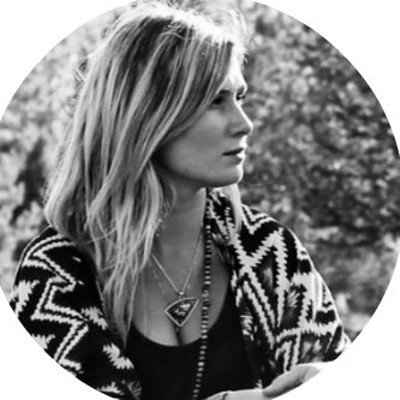 Keep Calm and Float On

Sculpted to the Wave

Just another spring day in Bend