Craigie Stories Fill the Tower | The Source Weekly - Bend, Oregon
Support local and vocal journalism! Become a Source Insider to help get news and culture to Central Oregon.
Become a supporter Support Us

Humorous storytelling and folk music from John Craigie will fill the Tower Theatre next week during his "Keep It Warm" tour. This Portland-based musician is known for his live performances, in-between-song dialogue and classic folk sound.

"I think I was a storyteller, always, even before I played music," Craigie told the Source Weekly. 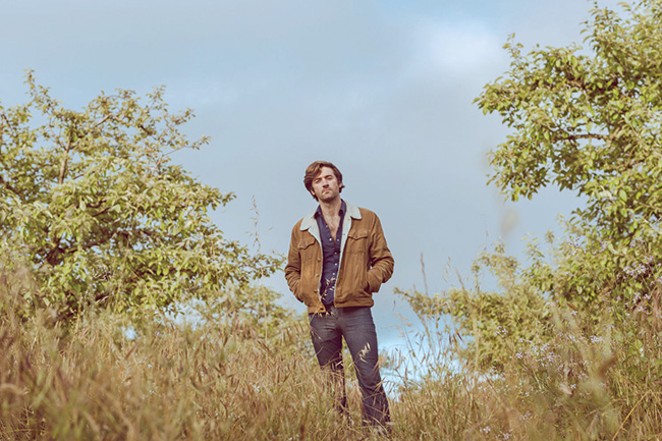 Craigie's storytelling songs range from amusing traveling stories, such as, "Cartagena (Live)," to humorous takes on politics and religion, as in, "Talkin' Leviticus Blues (Live)," while keeping it light and entertaining. It's hard to ride that fine line of being funny, staying interesting and staying on people's good side, and Craigie seems to have found the sweet spot.

"I don't think I deeply offend many people, but I do like to mildly offend people," Craigie said.

When Craigie was 16, he had little guitar experience, but a million story ideas in his head. He started writing lyrics and playing and never stopped. As of now, he has released two original live albums, 10 studio albums and a complete "Abbey Road" live cover album. His diverse music collection features countless musicians, and there is more music on the way.

His usual style of putting an album together is to get all his musician friends in a room, play what he's been writing at the time and experiment with matching music to his words, he said. Live collaboration plays a huge part. In one of his most popular songs, "I Am California," Craigie collaborates with Gregory Alan Isakov and the Shook Twins to layer harmonies.

"My strong point is not my musical creativity," Craigie said. "And I think that's a great time to collaborate because you'll come up with things that you never would have come up with."

"Mermaid Salt" is Craigie's latest studio album and pandemic creation. A solo record built with layers and the addition of electronic soundscapes, it differs from the rest of his work.

Craigie said he started writing solo and recording demos on GarageBand. Many of the lyrics touch on loneliness and solitude.

"I wanted to capture the essence and the time (pandemic years) that was without the ability to collaborate," Craigie said.

Craigie is working on a new live album from his time on tour, collecting songs from different venues. The key to a successful live recording is a good crowd and a good venue, he said.

Craigie will play Dec. 8 at the Tower Theatre with songs from "Mermaid Salt," experimental tunes and, of course, the reason why fans try to get to the live shows: Craigie stories.

Allie graduated from Gonzaga University with a degree in journalism and public relations. She loves writing articles that have anything to do with arts and entertainment. When she’s not writing, you can find her skiing, playing volleyball, backpacking, gardening and checking out local restaurants.