Q&A With Outgoing DA John Hummel | The Source Weekly - Bend, Oregon
Our journalism makes a difference, and so can you. Become an Insider and support The Source Weekly!
Find out how Support Us

John Hummel is leaving Bend after eight years as District Attorney. He sat down with the Source to discuss his time in office and what he plans to do next

Since moving to Bend in 1995, John Hummel has worked as a public defender, started a defense firm and served six years on the Bend City Council before being elected as District Attorney in 2014. The self-described progressive prosecutor took a different approach than many DAs, taking public stances on injustice and what he views as flaws in the legal system. Hummel declined to seek a third term, and just days before his departure he sat down with the Source Weekly for a chat about his time in office. The conversation has been edited for length and clarity, but you can listen to it in full on the Bend Don't Break podcast. 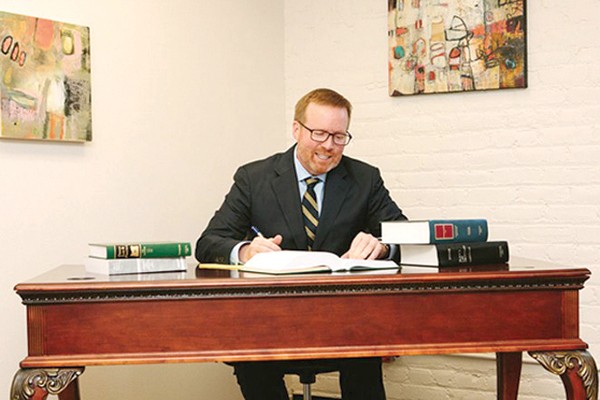 John Hummel
John Hummel took a different approach to the District Attorney’s Office with a media-savvy approach and progressive priorities.

Source Weekly: You're embarking on this new chapter of your life. I hear you recently got married, what are you excited about as this next chapter begins?

John Hummel: Number one, I'm excited to start my life with Juliana, my wife. We're moving to Portland, but it is sad to leave here. I'm moving for Juliana. So, moving for love. That way was easy, but it's still hard. I moved to Bend in 1995. I did leave for a few years; I worked overseas and in Liberia and came back and I came back because I love this place. A little piece of me is removed when I leave here, but I'm certainly happy to start my life in Portland with Juliana.

SW: You've been called a progressive prosecutor. Can you tell us if you if you accept that nomenclature, and what does that mean to you?

That means people who have committed crime and are arrested or convicted or sentenced, then they do it again. And they do it again. And they do it again. So how we're doing it isn't working. So, we need to come up with a new way. So as a progressive District Attorney, my view was, 'Hey, let's work together as a community to figure out what we can do to provide people who commit crimes with the incentives and tools they need to be successful in the future,' because that's good for them. And it's good for our community because there'll be less crime.

SW: Sometimes progressive prosecutors get blamed for increases in crime rates. How would you respond to that claim?

SW: What are the steps that you take when you're tackling something as large as reducing recidivism? So much of that seems like it would stem from environmental and cultural factors. How do you take on a goal like that?

JH: It's not to suggest anyone can do it on their own. Most of the drivers of crime are way outside the paygrade of a DA — housing, poverty, addiction, mental health. But that doesn't mean you throw up your hands and you say, what can you do about it. I convened a group of community members in Deschutes County in late 2015 called Deschutes Safe and we spent a year digging into data, and we had help from the U.S. Department of Justice Bureau of Justice Assistance. And we looked at what the root drivers of recidivism were in Deschutes County. We saw clearly it was addiction issues that was the number-one driver.

So, I worked with others to develop Deschutes Safe, and that diverted people from the criminal justice system into the medical system. And we saw that people who went through that program had a significantly lower recidivism rate than people who went through traditional prosecution. And then once that program got up and running and stood on its feet, then we developed other programs in the office, like our veterans intervention program and our emerging adult program.

SW: Does being a progressive prosecutor present challenges coordinating with law enforcement?

JH: Some officers are resistive to the term because of what it means to them. Cops are under attack now a lot and sometimes justifiably, sometimes not. But they'll hear anyone who comes around who has a label of 'progressive,' they will equate that to anti-cop, and I'm not anti-cop. So I have to spend more time developing relationships with police than maybe someone who came up through the more traditional ranks. Most elected DAs started out at a law school as a deputy district attorney, worked there 20 years, the elected DA retires, and they ascend to the position. So they already have the relationships with the cops, they came from Team Cop, so to speak. I came from Team Defense Attorney, public defender, all terms that gets many officers' hackles up — but not all, many were supportive right away. But some weren't. I am proud that over time, I've developed relationships with many of the officers, but initially it was difficult.

SW: Looking back at your time as the DA, are there any regrets or anything you wish you would have done during your tenure?

JH: Yeah, this might come as a surprise to some people, but I stayed in my lane early. Too often, some people would say, I didn't stay in my lane. I talked earlier about going upstream to focus on the root causes of crime, which are addiction and poverty. And I worked within my office, to the greatest extent possible to address that. But I should have gone out of the office even more, and homelessness is one issue that I think about. I see that that's an issue that's increasing in Deschutes County. And I figured, that's the city councilor issue. That's county commissioner issue, and it certainly is for them, but I could have been part of that. Looking back, I regret that I should have been more of a community leader. I have a bully pulpit. I could have used it.

SW: I know you're moving to Portland, but what are you going to do now?

JH: There was speculation in that article that I'm running for Congress. I've been recruited in the past year to run. I'm not running for Congress because I'm moving to Portland. I don't know. I'm in a nice place where I can take a few months and just, reflect, exhale. I have two phones, always. I mean, I call one the murder phone. It's the work phone, when this thing rings bad things have happened. So I'm going to enjoy living with one phone. I'm going to take some time, but I'm not retired. I'm going to take a month or two. We're still moving in. I got to meet the neighbors. But I'll be working in Oregon on making our community as good as possible. How do you define community? Is it Portland? Is it statewide? Oregon? I don't know. So I don't have anything locked down yet.

Jack is originally from Kansas City, Missouri and has been making his way west since graduating from the University of Missouri, working a year and a half in Northeast Colorado before moving to Bend in the Spring of 2021. When not reporting he’s either playing folk songs (poorly) or grand strategy video games,...
Read More about Jack Harvel